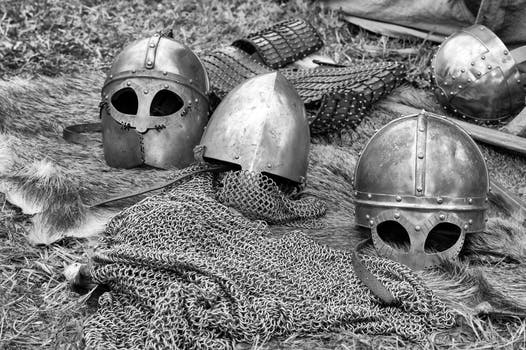 If you follow this blog, you know that I’m a huge fan of history. Do you know what I’m an even bigger fan of? Good stories.

Yes, at its best, history is a collection of “good” (narratively speaking, not factually or morally speaking, necessarily) stories. There are heroes and villians, drama and plot twists, the exciting and unexpected. The academic historical approach concerns itself not with the strength of the narrative, necessarily, but with the determination of questions like: “What was life like back then?” “Why did X event happen the way it did, or at all?” “What might patterns in history tell us about the future of humanity?” and, perhaps the biggest bugbear of all, “What actually happened?”

These are great questions, and an understanding of historiography is a significant boon to the worldbuilder in her craft. At times, the truth is even stranger than fiction–what delight when we stumble upon such usurpations of our expectations!

But let us set both historian and worldbuilder aside for this post, shall we? What I’m interested in, here, are stories. Stories that come from history, yes, but which are not beholden to the determination of historical fact. Let us talk of the writer’s craft, of the art of good storytelling, and that ephemeral search for inspiration.

Some of the most enduring fiction takes the seeds of history–even if only for context–and waters them to blossom into something apart from, and often more existentially significant, than the history that spawned it.

One: The legends of King Arthur, placed as it is within an array of historical contexts (often not far removed from the storyteller’s own anachronistic understanding of history), but always concerned with issues of Englishness (perhaps it’s more fair to say “Britoness”), chivalry and good rulership. From Geoffrey of Monmouth to Sir Thomas Mallory (or T.H. White and Disney, for that matter), the story has morphed and grown as a contemplation of these ideas quite apart from any historical basis.

Having studied at the British Library and the National Archives as part of my senior honors thesis on “Henry VIII’s Use of Arthurian Legend as Tudor Propaganda,” I can say with some confidence that there never was a King Arthur (though there was a Prince Arthur–Henry VIII’s older brother who died young), but I can also say definitively that that doesn’t really matter to the value the King Arthur story has even in the modern age.

Two: The early tales of Robin Hood lack the moral fortitude or noble birth of the hero, having more in common with medieval tales of Reynard the Fox than the Disney fox. At least as of current scholarship, the likeliest origin of the Robin Hood tales is with a supporter of the Lancastrian uprising around Nottingham in the 1320’s (see the excellent “Our Fake History” Podcast for details in two forty-five-minute sessions). But origins mired in 14th-Century factional strife and medieval vendetta rather than a “rob-from-the-rich-and-give-to-the-poor” morality seem not to have stopped stories about “Robin of Locksley” (previously Robert, Earl of Huntington) from carrying the imagination from the late middle ages to the very modern (cue Bryan Adams, Kevin Costner, Cary Elwes and Mel Brooks). The history of Robin Hood tales also demonstrates that the stories took on a life of their own completely independent from any historical basis–and perhaps rightly so, because these stories tell us something about popular ideas of morality versus the law, bad rulership and justice undone. They’re stories about a certain view of the world.

Three: Romeo & Juliet. While I’m particularly a fan of the Baz Luhrmann film, this story originates with a very real set of historical events–a much surer foundation than either Arthur or Robin Hood–but stands wholly apart from those events.

You see, the original author of the story, Luigi da Porto, was the nephew of Antonio Savorgnan, the leader of the Zambarlani faction in Venetian-controlled Friuli in the early 16th-Century. Da Porto was also a student of the famous humanist Pietro Bembo. On Fat Thursday in 1511 began the “Cruel Carnivale” in the city of Udine, the culmination of long vendetta between the Zambarlani, formed of Savorgnan, his peasant militias and the artisans and poor folk (mostly loyal to Venice) on the one side and the Strumieri, composed of the rural nobility and their retainers (mostly loyal to the Austrians and the Holy Roman Emperor) on the other. A large number of Strumieri nobles were murdered during Carnivale, some of the rural castles sacked and burnt, many others driven to flee for their lives.

But on that Fat Thursday, just as the violence and chaos was ramping up, da Porto had the good fortune to see the beauty Lucina Savorgnan (Antonio Savorgnan’s second cousin) sing at a party that evening. As the story goes, he fell in love with her (though she married another and I’m not sure whether the love was ever requited). This experience, set against the backdrop of dueling factions (quite literally) in northern Italy, caused him to write the original Romeo & Juliet  that provided the basis for Shakespeare’s enduring tale.

Yes, da Porto’s story takes some liberties, transferring the scene to Verona and putting the lovers in opposing factions rather than on the same side. But the context of the story–exile as a common form of punishment, lasting feuds that contiunously claimed the lives of family members and retainers, violence and unrest in the streets that the government could not contain–all of this comes from a discrete historical time and place, and the direct experience of the author.

So where am I going with these examples?

For the writer, who isn’t particularly bound by what “actually happened,” history provides a veritable treasure trove of ideas to develop into plots, settings and stories.

In writing the Game of Thrones series, G.R.R. Martin drew heavily upon–but did not allow himself to be bound by–the history of the Wars of the Roses.

The writers of the TV series Black Sails pulled not just from Treasure Island (itself borrowing heavily from the fictitious Captain Charles Johnson’s A General History of the Robberies and Murders of the most notorious Pyrates) but from the most recent scholarship on early modern piracy to tell its tales convincingly, using many historical persons but taking plenty of liberties with them.

Tolkien borrowed more heavily on the literature of the Anglo-Saxons and the ancient Nordic-Germanic peoples of Europe than their histories in creating Middle Earth (taking even the very name from Viking mythology), but none of that literature is divorced from its own historical context.

The History Channel has been recently making its money off of historical fiction (and reality TV) rather than “serious” history, and on the far-more-humorous end is Comedy Central’s Drunk History and its inebriated retellings of historical events renacted by well-known actors.

The writer can rip from history the juiciest bits without being encumbered by historicity or the concerns of historiography. Reading, listening to or otherwise devouring history will provide a steady diet of interesting plots and “what if” prompts that need not be detectably related to the events that created them. In that sense, the histories devoured don’t even have to be very good (academically speaking) histories–we’re not concerned with the truth of the situation here.

And that opens up to us a second realm for our burglary–mythologies and superstitions. Having recently binged the entire series of the Lore podcast (well worth the time), I cannot number the story ideas that came to me during my listening, many of which are so easily adapted to my own Avar Narn as to surprise even the skeptic within me.

It doesn’t matter whether the Thunderbird is real or what people who claim to have seen the Mothman of Point Pleasant actually saw–the story is what matters! A few tweaks and twists, your own personal touch a different setting and off you go.

If you haven’t bought into the idea that all great artists steal ideas wherever they can, think about this: only God creates ex nihilo; we humans create new things by combining old things in new ways. Lean into it.

And here is one place where I can rejoice in, rather than lament, the almost complete lack of historical literacy of the average modern person–most people are not going to have any idea who Shackleton was or what happened to the Mary Celeste (even in the general sense since, as far as I can tell nobody knows what happened to the Mary Celeste). So when you take such a cosmic egg and hatch your own original story from it, who will be the wiser? Even better, those who do see the influence will feel so smart about recognizing it that they’ll like the story more not less. I speak from arrogant experience. Ask K.

In other words, for the fiction writer especially, there is much to gain and little to lose by raiding history for its secret stories and unpolished gems of ideas. Grab your whip and your fedora (but forget to say, “It belongs in a museum!”) and get searching!

To get you started, a few of my favorite historical podcasts, all of which have been mentioned above or elsewhere on the blog:

(1) Hardcore History by Dan Carlin. To me, this is the end-all-be-all of historical podcasts, Well researched, inimitably told and stretching through multiple three-plus hour sessions per topic, my only complaint about Mr. Carlin’s work is that there isn’t more of it (which, given the investment of time and effort into what he does put out is entirely understandable). The best aspect of Hardcore History? Mr. Carlin’s ability to imaginatively communicate the idea of being there.

(2) Lore by Aaron Mahnke. Mr. Mahnke tells stories of myth and superstition in a captivating way, leaving any judgment of the reality of the events retold open to the listener. When the truth just doesn’t matter and the topics range from the spooky to the outright bizarre, you have a veritable gold mine for fiction writers.

(3) Our Fake History by Sebastian Major. In a voice that sometimes  reminds me of Mr. Carlin above, Mr. Major dispels common (and not-so-common) (mis-)conceptions in history “to figure out what’s fact, what’s fiction, and what is such a good story it simply must be told.” That last part is the undeniable bread-and-butter of the writer, so need I say more?