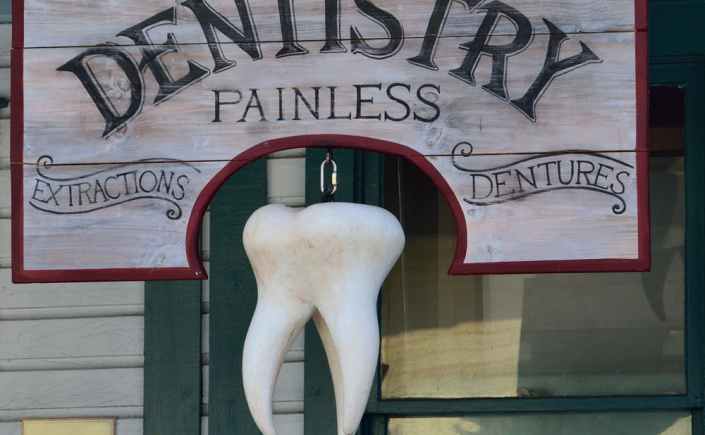 As I continue to work on rules for the Fate RPG (continuing my Pirates/Age of Sail setting rules and the Fate Control Panel and Fate rules for Avar Narn), I find myself more and more drawn to the design idea of using “professions” over “skills” in late-medieval and early-modern roleplaying games (the most common historical analogues of fantasy settings).

I’m not the first to think of this concept. While not actually used in Warhammer Fantasy Roleplay, by using “Professions” instead of “Classes” to group skills and abilities, that system made initial steps in this direction. More recent games–13th Age, Barbarians of Lemuria and Shadow of the Demon Lord, for example–have wholeheartedly adopted such an approach. Even the latest edition of Dungeons and Dragons has nodded in that direction with its “Backgrounds,” though it still retains discrete skills.

I’m going to make a few arguments as to why I think this approach is better than using more discrete and granular “skills”:

(1) Flexibility and Creativity
One of the things I don’t like about a discrete skill list is the way it causes players to think. Skills cause players to think that their characters can only act in ways specifically described by the skills on their list. In my mind, this is a microcosm of the idea of language shaping cognition–players tend to assume that the skill list represents something about how the game is “supposed” to be played and–especially for less-experienced players–tend to think that they’re “breaking the rules” or somehow trying to pull something if they can’t directly articulate the skill they’re using for their action.

This is counter to the “fiction-first” approach to gaming. I want my players to put themselves in the character’s shoes in the circumstances at hand and, without reference to their character sheet (except as a reminder of the sorts of things the character is good at, I suppose) tell me what they’re trying to do. Then, we can go to the rules and figure out some mechanics. In other words, skills push players toward “mechanics-first” thinking.

To be fair, this complaint goes beyond “narrative” or “fiction-first” gamers. I’m not a member of the OSR community by any means, but I am given to understand that one of the factors driving the OSR is the feeling that early editions of D&D, with their attribute bonuses without skills, allowed for more creative action by players. But that only further makes the point.

A list of professions gives players the information they need (“what are my character’s experiences and strengths?”) without pushing to very granular modes of action (“I can Deceive my way out of this, or I can Jump over the rooftop to get away, or I try to Hide, but I don’t have any other applicable skills”). A player who says, “Okay, my character has been a Courtier and a Soldier, how might he try to get out of this situation?” puts the fiction first and removes barriers to the player’s creativity in selections of actions.

I personally think that this really opens up in Fate if you use the combination of Approaches with Professions (in place of Skills) as laid out in the Fate Codex, Volume 3, Issue 2 (Merging FAE and Fate Core). What’s the difference between a Flashy Courtier and a Sneaky Courtier? Drama, that’s what!

(2) Professions Build Character History
Saying that a character has the “Stealth” skill doesn’t say nearly as much about the character as the character having the “Thief” or “Scoundrel” profession. The skill does beg many of the same questions, but the profession evokes them much more fully and makes us think about a phase or era in the character’s life rather than a simple explanation for how the character acquired a specific skill.

I think that professions support taking this even farther with character creation systems that offer greater narrative potential than simply point-buy or array-assignment systems.  Simple systems certainly have their place–character creation in Barbarians of Lemuria is exceptionally friendly and simple.

In my opinion, a profession system begs for a “lifepath” system in character creation, allowing us to build the character by moving through his or her personal history. I’ll probably talk more about lifepaths in another post later on.

(3) Professions Are Reflective of Early-Modern Cultural Rigidity
Historically speaking, even as the changes that would lead to more social mobility were taking place, Western Europeans thought of their societies as easily compartmentalized under the “Great Chain of Being”: by the circumstances of their birth, a person was positioned by God where he or she was supposed to be. A peasant seeking to become a lord rebelled not only against society but against God.

A character’s choice of profession implies something about her social status–even in the modified (and often whitewashed) settings our fantasy games often take place in. I wrote in a previous post about leaning into the medieval mindset for fantasy writing and gaming; this is a design mechanism for doing so, I think. A character who has the Courtier, Soldier and Scoundrel professions occupies a different social status than one who has the Tradesman, Scout and Farmer professions, or even one who has the Soldier, Scoundrel and Traveler professions.

One of the areas where this makes the biggest difference, I think, is in social skills. A player who has the Persuade skill (perhaps rightfully) assumes that his character is persuasive to all people at all times. That’s rarely the case in real-world experience. If that character has a high rating in the Courtier profession but no skill in the Farmer or Merchant professions, the character is likely persuasive in the rhetorical speech and etiquette of the nobility, but might well be laughed at when trying to apply Cicero to an earthier and more practical sort of folk. That difference creates verisimilitude and depth to the setting (and probably helps remind players that, no, their character cannot just persuade the guard to give him his armor and weapons simply because he has a certain number of points in Persuade).

If you don’t want to add on additional systems to your game to accentuate the importance of (and difference between) levels of social status, the use of professions by itself will go a long way.

(4) Reading, Writing and ‘Rithmetic
I’m thinking that I should write a separate post entirely about handling knowledge skills in roleplaying games, but for now, I want to point out another benefit of using professions over skills. In Tudor England, about 8% of women and 24% of men could read and write well enough to sign their own name unassisted–provided I’m remembering my statistics correctly. Regardless of the actual numbers, literacy was on the rise but far from universal.

Some roleplaying games seek to capture this, requiring character resources to be dedicated to the ability to read and write if the player wants her character to have that ability. That’s good for immersion in the setting, but it creates other design problems in balancing the cost of that ability versus others (and balancing against our modern prejudice against those who are unable to read and write). When using professions, you can kill two birds with one stone: characters who have put points into certain professions (or a certain number of points into certain professions) are assumed to be able to read and write; those who have not are assumed not to be able to.

This helps sidestep the need to justify the ability (though the GM should find ways to accommodate players with believable backgrounds that break our assumptions and stereotypes) by corresponding the ability with those we would (logically and historically) expect to have it (say those with the Scholar or Priest professions).

The same goes for scientific and mathematics skills. Greek, Roman and Islamic scholars (and other ancient peoples in cultures from around the world) had advanced understandings of geometry, astronomy and other mathematics even before the late-medieval or early-modern periods in Europe. Under the Tudors, “tally sticks” allowed some record-keeping even for those with a relatively basic ability to conduct mathematic operations and perhaps no ability to read and write. Differentiating the likely arithmetical abilities of different characters becomes much easier when we have some idea of their background, experience and training rather than a list of skills on a page.

(5) Professions Evoke Setting
Your list of available professions tells players about the world they’ll be playing in. A world with Duelist(s) and Pirate(s) is very different from one with Knight(s) and Monk(s) (or Pirate(s) and Ninja(s?)).

(6) Built-in Contacts
If using a system like Fate, with its “Contacts” skill, then the use of Professions gives you both specificity and breadth that (I’m beginning to sound like a broken record here, n’est pas?) increases immersion, because the professions can be used to generate contacts of the type of people someone with experience in the given field is likely to know.

In Fate, this can be supplemented by allowing the invocation of Aspects to allow the introduction of contacts a character may know aside from the channels of his place in the world at large.

Conclusion
As usual, I’ve rambled on a bit more than I originally intended to do. Nevertheless, I hope I’ve given you some good reasons to think about converting skills into professions in the next campaign you run, regardless of system.

2 thoughts on “Professions in Medieval and Early-Modern RPGs”