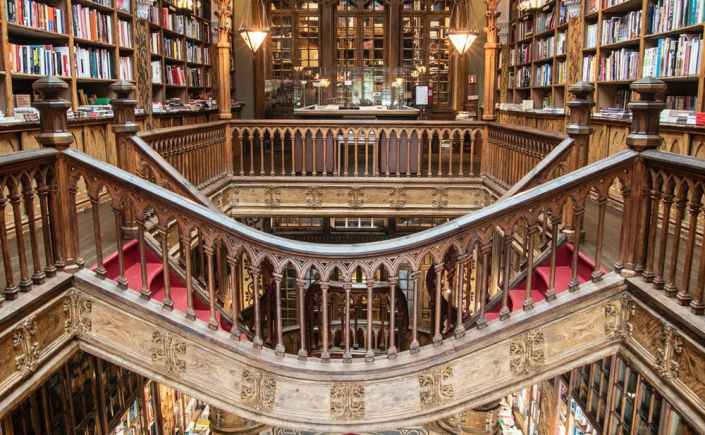 “What, drawn, and talk of peace! I hate the word as I hate hell, all Montagues, and thee, [fluff]!”

I absolutely hate the word “fluff” as it is applied to gaming worlds. If I understand correctly, the term was first used by wargamers to discuss the information given about the world in which their chosen wargame takes place (for me, it was first used in “Warhammer 40k fluff.” The word is, of course, derisive, with the connotation that “fluff” is not necessary, but only a nice addition to have. I understand why some wargamers might have coined and still use the term if they only carry about the actual game they’re playing itself (they want to know which options make for the best Tyranid warriors but don’t give a fig about Tyranid biology, for instance), and the word makes this plainly evident.

Even in the wargaming realm, though, I think the word does a disservice. Maybe I’m just not as competitive a wargamer as others (or maybe I think I’m not until I sit down to a game and take it overly seriously!), but the narrative of an unfolding combat is just as or more interesting than all of the rules themselves. Games overly based on the army you bring and the synergies between unit selections quickly bore me over games where on-the-field decision making and use of resources takes center stage. I want to know a reason the forces are fighting for me to be interested in outcomes more than winning and losing. I think that’s a more fun approach, too, as you can celebrate the sudden reversals in fortune for your opponent with them instead of lamenting as “unfair” every time the dice turn against you.

As a curious aside, I find in interesting that some fictitious settings get “lore” or a “legendarium” while others have only “fluff.” I’m not quite sure where the distinction lies, but I’d love to locate the line. It’s not simply that games have fluff and speculative fiction has “lore”–the Elder Scrolls and Dragon Age worlds are often spoken of in terms of “lore” and not “fluff.” Maybe some of this is just a matter of how seriously a particular person takes a particular settings; almost certainly some of it is a matter of semiotic fluidity and carelessness with words.

But I do think it matters. Over the past fifty years, roleplaying games (and games based on fantasy and speculative fiction in general) have increased both in popular appeal and in the seriousness with which the writing of gamebooks and the playing of the game are taken as artistic and literary pursuits. Academia is studying and writing about roleplaying games more and more, and I think that’s an amazing thing; there may be more to learn about how humans examine and work through their own existence in the roleplaying game than in the solitary virtuoso’s classic novel.

When it comes to roleplaying games, I absolutely detest the word, “fluff.” I like a good set of mechanics for a game and I have a great interest in analyzing, modifying and creating RPG mechanics, as some of the posts on this blog demonstrate. I don’t want to fall into the trap of proclaiming the “one true way of roleplaying,” so take my opinions for just that: opinions. But I believe that the setting in which a roleplaying game takes place is not only just as (or more important than) the hard-coded rules, but that the setting and lore surrounding the game are part of the rules.

Those of you who read my RPG-related posts with some frequency know that I gravitate toward narratively-focused games, and especially Fate. But my posts on character-building for Shadowrun are probably the most-read posts on the entire site, so I’m not averse to rules-heavy games either. Still, the games I favor tend to explicitly incorporate setting as mechanics. Fate uses Aspects as a mechanism for those things that are narratively important to affect the dice resolutions, Cortex Plus and Prime do the same thing in a slightly different way. These rules are both focused on providing flexible mechanical systems to handle those points of narrative where randomness and insecurity of outcome is beneficial to the game, while keeping the narrative at the forefront. There are not rules for every case, nor do these rules get too bogged down in exceptions, combos, etc., leaving both Fate and Cortex as RPG toolkits for those gamemasters who like to tinker with and personalize their rules without having to start from scratch.

Forged in the Dark and Powered by the Apocalypse take a different, maybe even more direct, approach to setting as mechanics. They call this narrative or fictional “positioning,” and they don’t need hardcoded rules to do it. The premise is simple–when deciding how successful and effective an action is, we look at the context of the action to make the determination rather than resorting to a “margin of success” or other explicit rules. In a gunfight with a knife and you’ve out-rolled the opponent? Maybe you’re able to get a good slash on the opponent and disarm him. Had you been using a gun of your own, maybe the result would have been a John Wick-style headshot, since you’d have had a much better fictional possession relative to your opponent.

Both systems can use the “hardness” of a GM response, cost of success or degree of success or how many pieces of a clock are filled in for a more specific tracking system.

But neither of these system is necessary to use the “setting and situation as rules” approach. In fact, I think it’s fair to argue that all games to this to a greater or lesser extent. Even Dungeons and Dragons, where you might have a discrete dice roll for damage or to determine whether a condition is suffered, many tests (especially skill tests) are wide open to interpretation of result by the GM. Genre, setting and situation can be drawn upon to determine results in such cases.

A few notes on this:
(1) I think that this is part of what OSR gamers are looking for–greater acknowledgment of setting and situation for resolution rather than specific rules for every action authorizing what can and cannot be done. There’s an opportunity cost for writing rules for specific actions, one most evident in feats and abilities for characters, I think. If there’s a “Great Leap” ability that allows for a jump attack, there’s, at the very least, an implication that characters without this ability can never make (Brad Pitt as Achilles in Troy-style) badass jumping attacks.
(2) Also with reference to D&D, the opposite situation–when mechanics are treated as the physics of the setting, even when that doesn’t make rational sense–occurs. I think that this is part of what drives me away from the D&D system as a whole (among other things). I think of Jake Norwood, writing in the preface of his awesome game The Riddle of Steel, when he states that part of the impetus for creating his game was a D&D experience where his character stood on the edge of a cliff, a horde of orcs rushing towards him, and he realized he’d take less damage jumping off the cliff than fighting the orcs. It’s okay to say, “if your character does this, he will die”–even if the rules say otherwise. Unless you’re trying to play a goofy slapstick game (power to you if that’s how you roll), everyone at the table should understand that logic trumps rules when they’re in conflict. A good example, I think, was how the Serenity RPG handled being thrown into space without protection. The rules state (in paraphrase): “The character dies. If you really need to, roll all the dice on the table and apply that much damage.” Note that I’m not saying that it’s inappropriate for a game to have a mechanism for resolving falling damage, only that that mechanism should give way to the fiat of death (perhaps modified by whatever “barely escape from death” points the system has) when it is logically appropriate.
(3) No rules system can cover all situations, nor can it possibly account for all of the minute variables that might factor into a resolution roll, so by necessity we resort to using setting and situation (as our form of internal consistency and logic) to structure resolution rolls in the first place. Is this a one-die penalty for difficulty or two?

And, of course, the lore of a setting tells us what types of things are likely to happen in that setting, what things are extremely unlikely, and how actions or events are likely to play out. You can, and sometimes should, homebrew and modify rules to reflect those realities, but the truth is that you don’t necessarily need to if the setting itself provides the North Star in guiding the structure and interpretation of rolls.

For all of these reasons, I’d argue that setting is a much a part of mechanics (or at least should be considered such) as everything that falls within the “rules” section of the books. When that’s the case, there’s no such thing as “fluff,” there’s only information about the setting that helps us understand how to position the mechanics we use when playing in that setting.

The Philosophy of Steven Colborne